Logan Lape considers camping and the campsite as a model for the production of works that reenact the making of a place. Employing sculpture, photography, and architectural intervention in this process, his work addresses the contradictory nature of these sites and the role played by the body in activating them. For Off Pink, Lape constructed a stage to match the dimensions of an elevated sleeping platform, which had previously existed in the artist’s truck. While the top surface of the stage provides a moment of respite to the viewer, the area defined by it relates to, circumscribes, and in many ways becomes a territory.

Photos from the exhibition catalog: 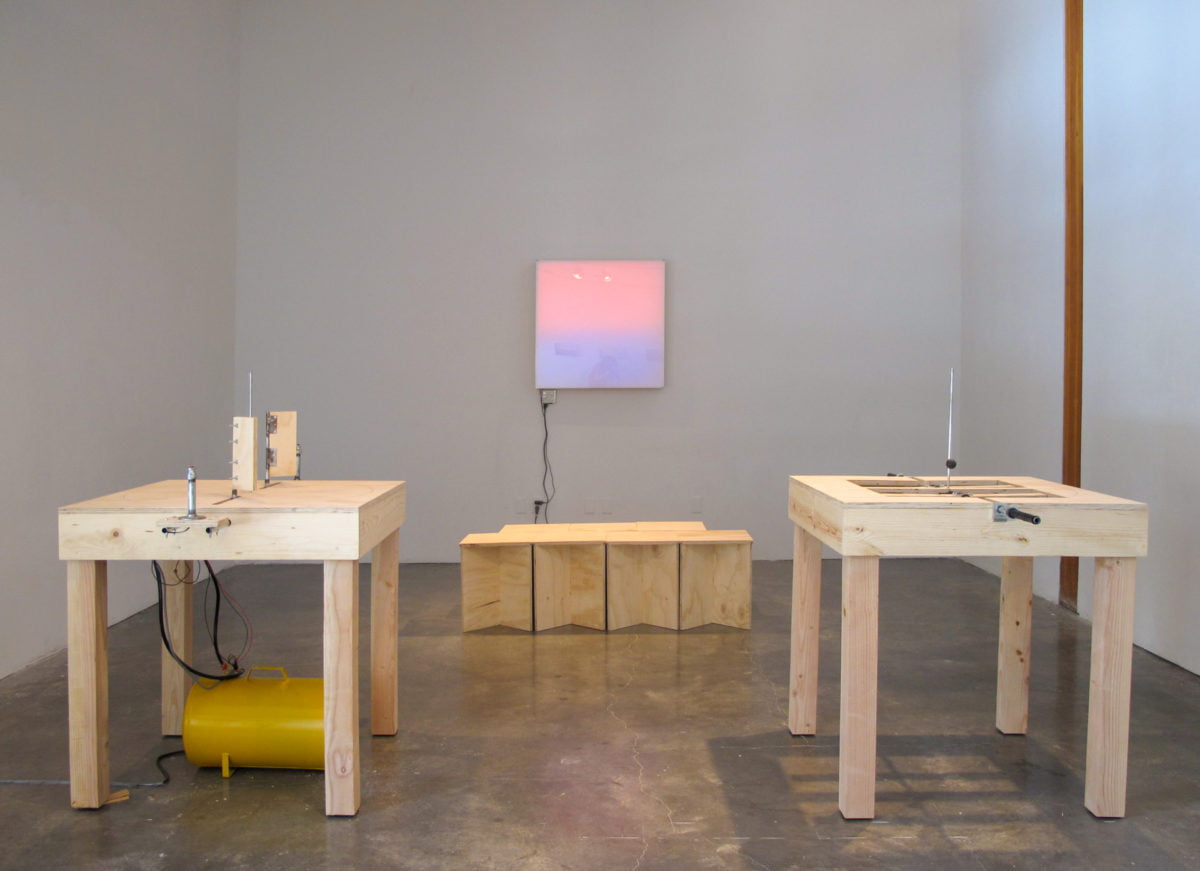 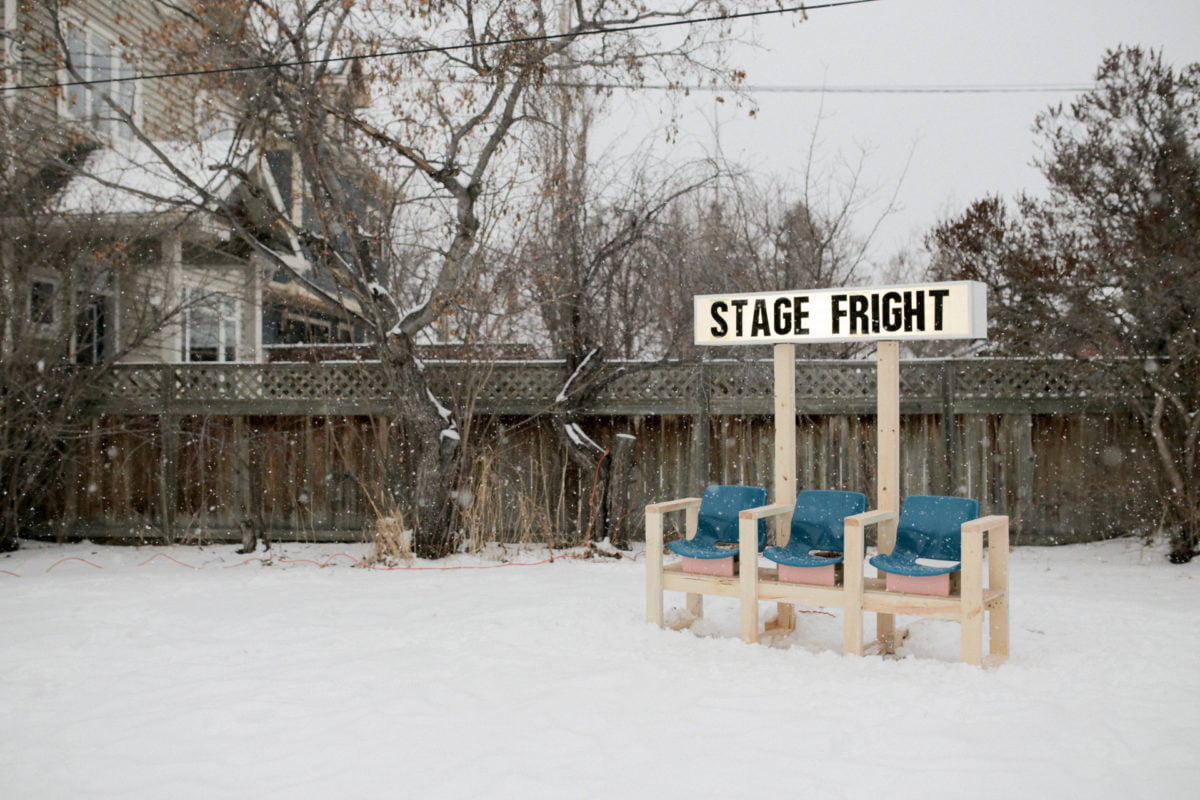 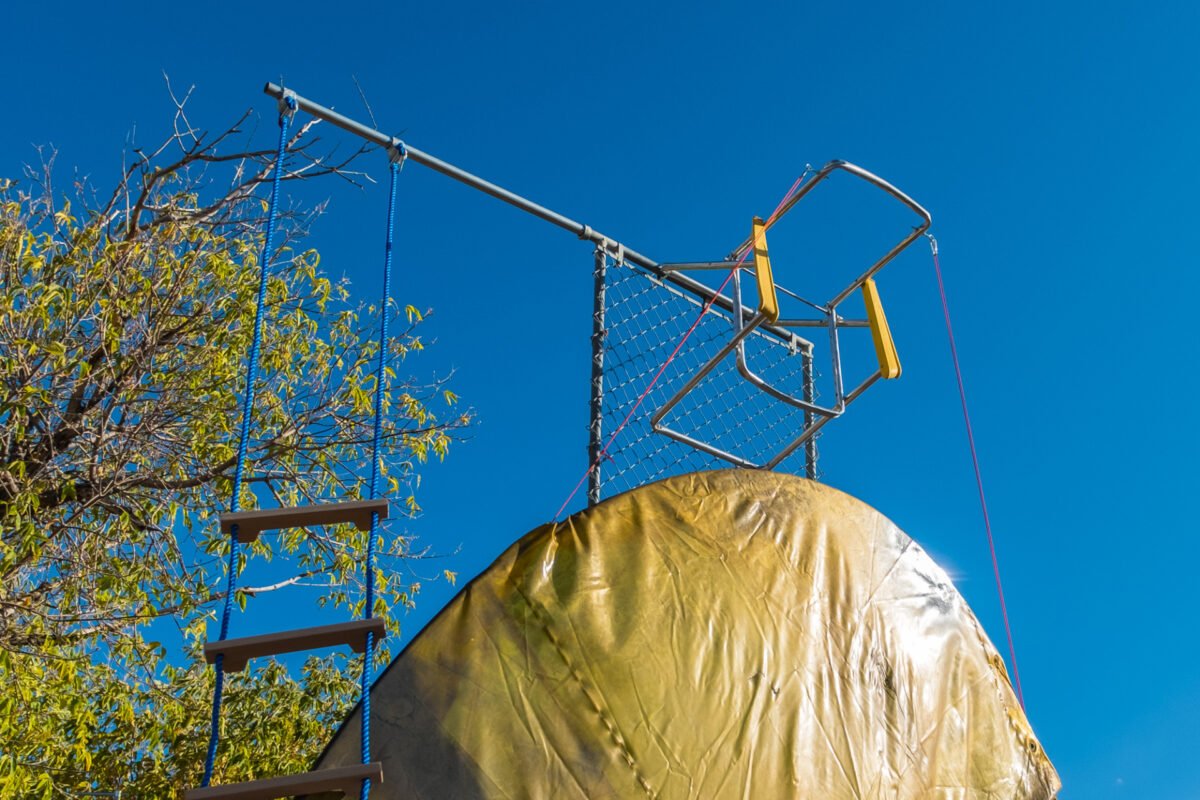